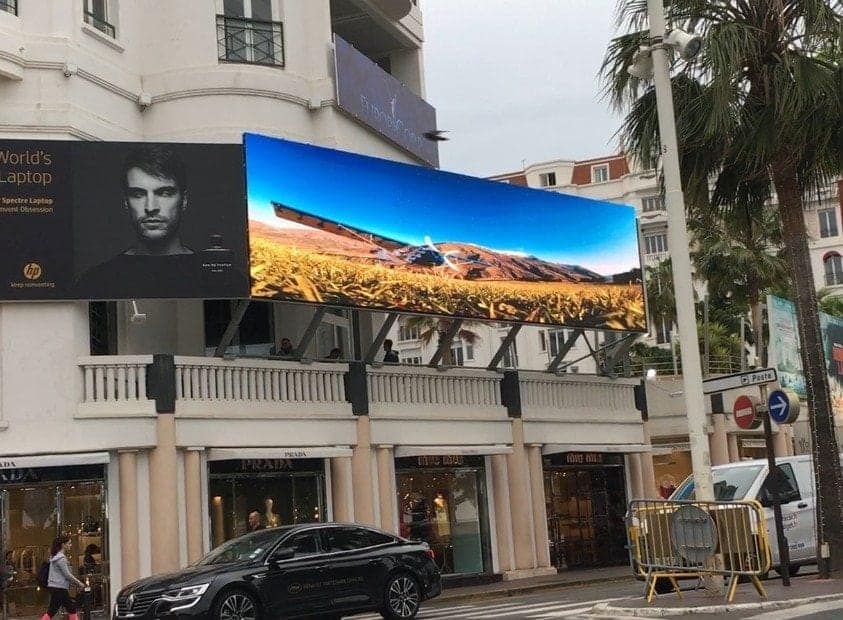 Dynamo LED displays once again worked alongside one of the UK’s leading media agencies by providing this fantastic P10mm outdoor LED billboard which was used during the Cannes Lions Film Festival.